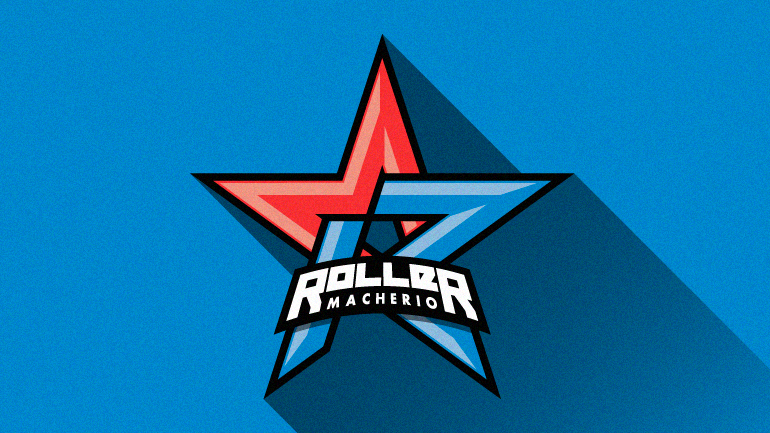 This summer, my rollerblading team was absorbed by another one from a nearby town, which decided to take this chance to renew its (pretty amateur) team image. As the first step of the redesign, I analyzed the two previous logos of both teams (ahem…); and then I tried to merge them to create a shape both simple and detailed.

The final result resembles american logos of NBA/NHL teams, from which I took inspiration, while keeping the original colors of the team and some geometrical elements of the old ones.

After that, I proceeded with training and competition uniforms design: for the first ones, I decided to keep a single color background and print for the athletes and a colored logo on a blank t-shirt for coaches; while for the competition uniform I worked on a pattern inspired by the logo itself.