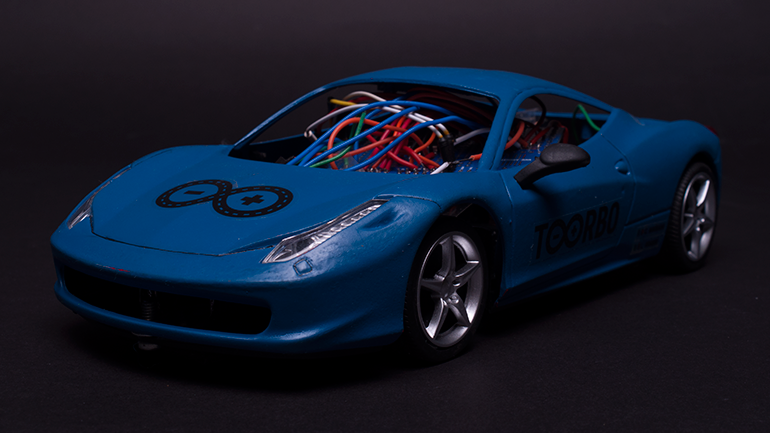 As our Physical Computing class final project, me and my team developed a real life racing videogame: adding to an r/c car a color sensor, we gave it the possibility to read some special colored icons placed on the track in order to allow some actions as it happens in videogames, for example with turbo boosts or oil stains.
We started by learning to use and calibrate the sensor and the r/c car controller board, connecting them to an Arduino chipset card.
Once we did it, we merged the two codes together and simplified the circuit using a breadboard, then we soldered the final circuit on an Arduino Proto Shield. With this the Arduino card was enabled to “read the road” thanks to the color sensor, changing the r/c car behavior when passing on some specific colors.