At the end of October 2012, the art directors of Tunnel Club (probably the most eccentric electronic music club in Milan) asked RUNBVS Collective (which I’m part of) to work on a visual installation for their December 21st “end of the world / raise of the new world” party.
We gladly accepted and started to work on different keywords related to the death/rebirth topic, then contacted two actors and started to shoot the video using just a black background and few chlotes.
In the end we cut all the footage into short loops of 16, 32 and 64 seconds in order to ease the live vjing mix timing with the djset ever-changing beat. 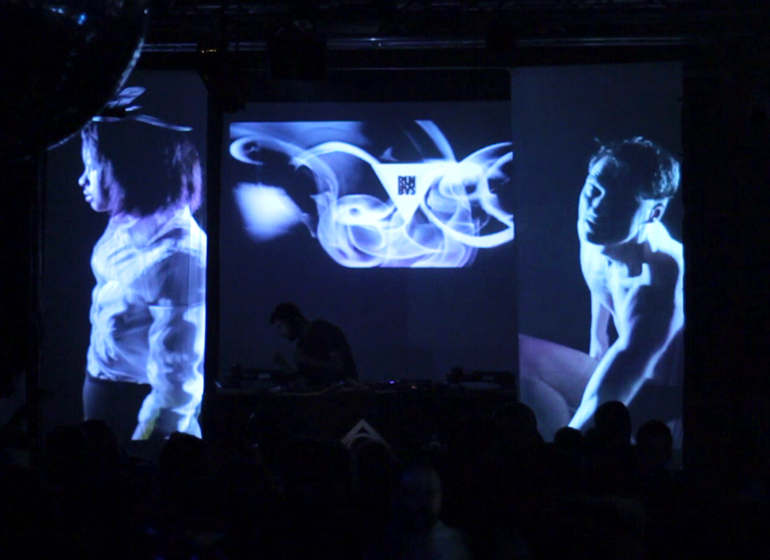 Unfortunately the date of our performance slipped to February 15th in 2013, but as you can see in the picture above, the final result was pretty eye-catching and capable of changing the feeling of being in the club.