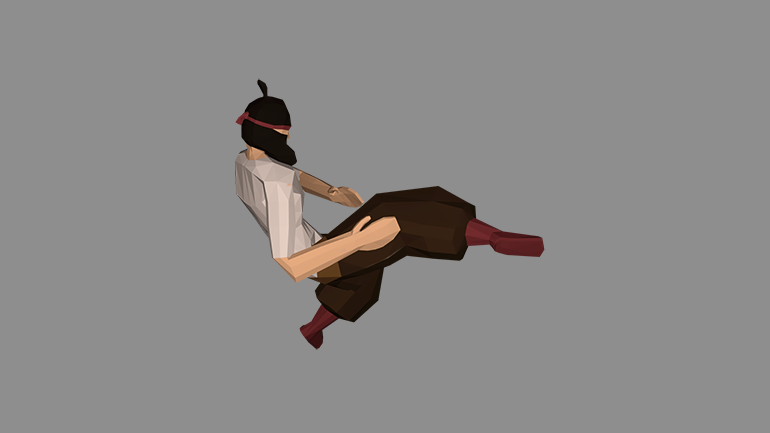 This january I participated at the Global Game Jam Event in Cologne.
The GGJ is a worldwide network of events in which people meet with the task to develop video games within a time limit of 48 hours.
Together with my team, we developed Sighted, a low poly 3D video game where you can only see from the enemies point of view (in the end was much more like a prototype than a real game).
My role in the team was to think and model the characters of the hero and of the enemy guards, rig them and create the animation walcycles for the statuses needed in the game (walk, attack, die).

Because of coding and testing timetables my limit (for all the models and animations in the slider) was set to 10 hours.

Note that I din’t correct anything before publishing these animations, because I didn’t want to lose the “prototype feeling”.
So if you notice errors or imperfections (and there are a lot!) you know why they’re still here :D